For the Seven Oaks friends, there is always something to do. Whether they're singing along with Pokey Porcupine's harmonica or playing soccer with Jumper Rabbit, everyone is having fun and learning all sorts of things. These seven stories show how practicing the 7 Habits makes this possible for the whole Seven Oaks Community. From learning how to take charge of their own lives to discovering how balance is best, the Seven Oaks friends have tons of adventures and find out how each and every kid can be a happy kid!   The narrators for this title include author Sean Covey and his children. 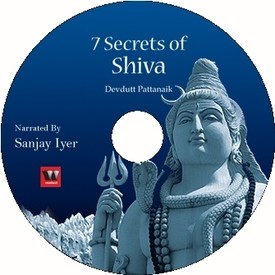 7 Secrets of Shiva (Audiobook) Shiva, 'the destroyer' among the Hindu trinity (of gods), is depicted in many contradictory manners.

He is an ascetic who wears animal skin, his body smeared with ashes. Contradictory to his wild nature, he is also depicted as having a family, with a beautiful wife and two children. The author, Devdutt Pattanaik, has taken up seven aspects of Shiva worship from Hinduism, which are nothing but seven different forms of Shiva worship. Shiva is worshipped in many forms, as the Lingeshwara, Kala Bhairava, Sundareshwara, Shankara, and Nataraja, and the author goes into each form and analyzes what it represents.

Devdutt Pattanaikis a doctor who has always had a passion for Hindu mythology, stories, and symbolism. He has written several books on Indian puranas and epics, and the Hindu Pantheon. He was born in the year 1970.

Specifications of 7 Secrets of Shiva (Audiobook)

Night Train at Deoli (Audiobook) The best of a lifetime of stories from a short story writer of rare distinction.

Ruskin Bond??? stories are predominantly set in the beautiful hill country of Garhwal where he has made his home for the last twenty-five years. Some of these stories present people who, consciously or otherwise, need each other: people in love or in need of love, the awkward adolescent and the timid lover. Some are gently satirical studies about village and small-town braggarts and petty officials. 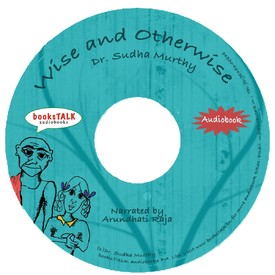 Wise & Otherwise Unabridged Edition (Audiobook) has short, insightful anecdotes, moral fables and stories truly stand out as soliloquies of the mind, and the reader is fascinated and is forced to ponder on the issues being discussed.

Smt. Sudha Murthy is a multi-faceted personality. She has implemented several programs for the development of human society at large and has contributed significantly to social upliftment through the Infosys Foundation. Her writing contains life's many facets, corruption and human misery, double standards as well as human values and ideals which she has encountered in her many travels and social work.